Sunset from one of the highest point in Death Valley overlooking Badwater Basin, the lowest point in the United States at 282 feet below sea level. 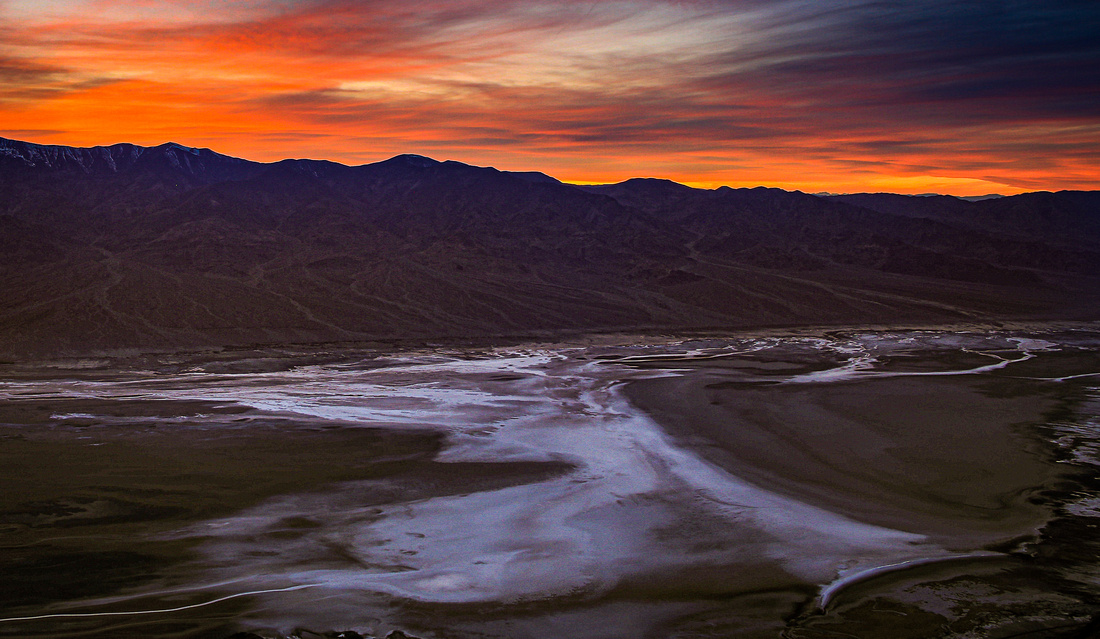