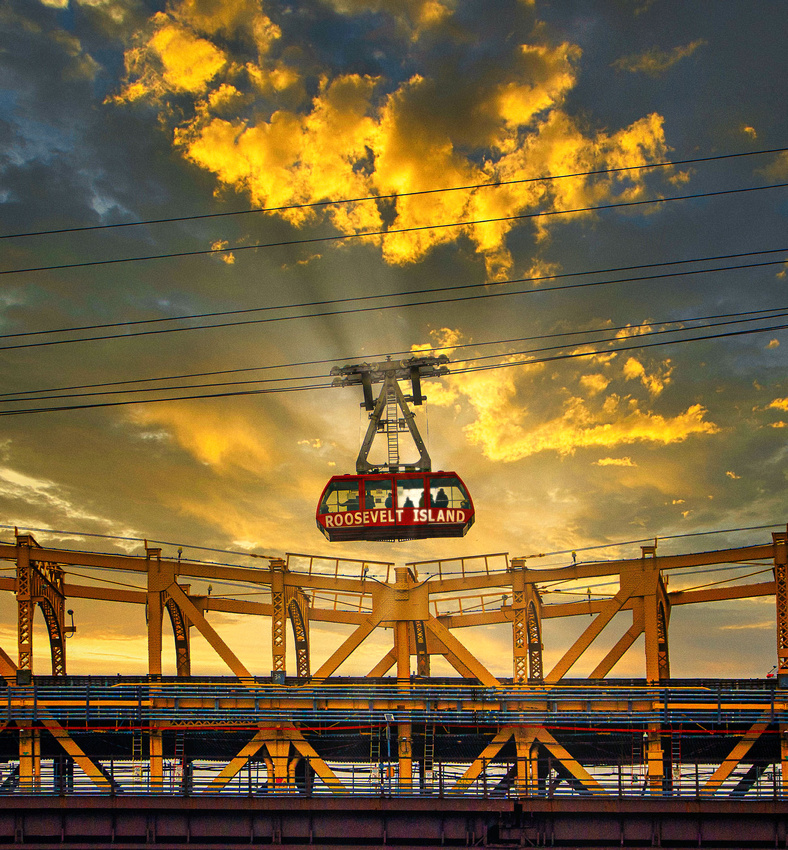 The sky in this photo and the sunburst behind the cab were added for artistic effect. They are not a part of the original scene.