October 2018--Sunrise at Dead Horse Point State Park in Utah--Yes it was very foggy that morning.   According to legend, the park is so named because of its use as a natural corral by cowboys in the 19th century, where horses often died of exposure. Dead Horse Point has frequently been noted on lists of unusual place names. 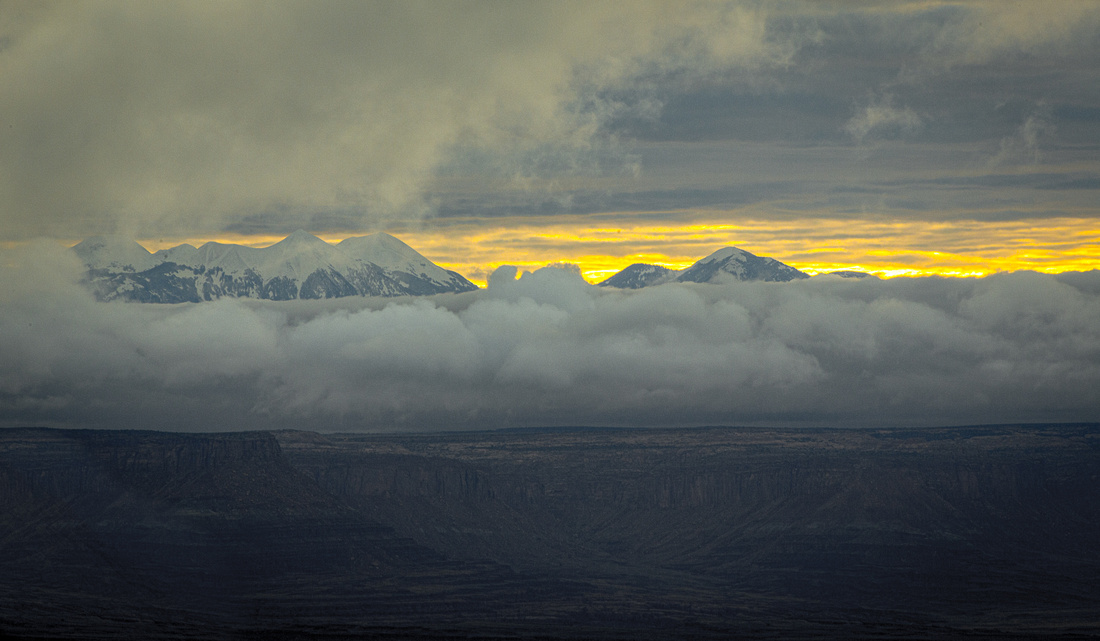