The Shaker religion began in Manchester England around the year 1747. A group of dissident Christians, they practiced ecstatic worship and egalitarianism.  Shaker converts were gathered into communal villages, where all property was jointly owned.  The Hancock Shakers supported themselves primarily through farming. The raising and sale of garden seeds was the most lucrative of their early businesses. Land acquisition and conversion continued for decades, and by the 1830s some 300 Hancock Shakers owned about 3,000 acres.  After reaching peak membership in the 1840s, the Shaker movement gradually dwindled, partially due to the urban migration that accompanied the industrial revolution, and by the westward migration of New England's youth. By the early twentieth century, the population of the village had fallen to around 50, most of whom were children.  The remaining Shakers sold off their excess land, and many buildings were destroyed. The decision was eventually made in 1960 to close the village and sell the property and buildings to a local group who formed an independent non-profit. This organization now operates the property as an open air museum. One of the most notable buildings in the village is the "Round Stone Barn" built in 1826. That barn was built in a circular shape for several reasons, the primary one being that it was the most functional. 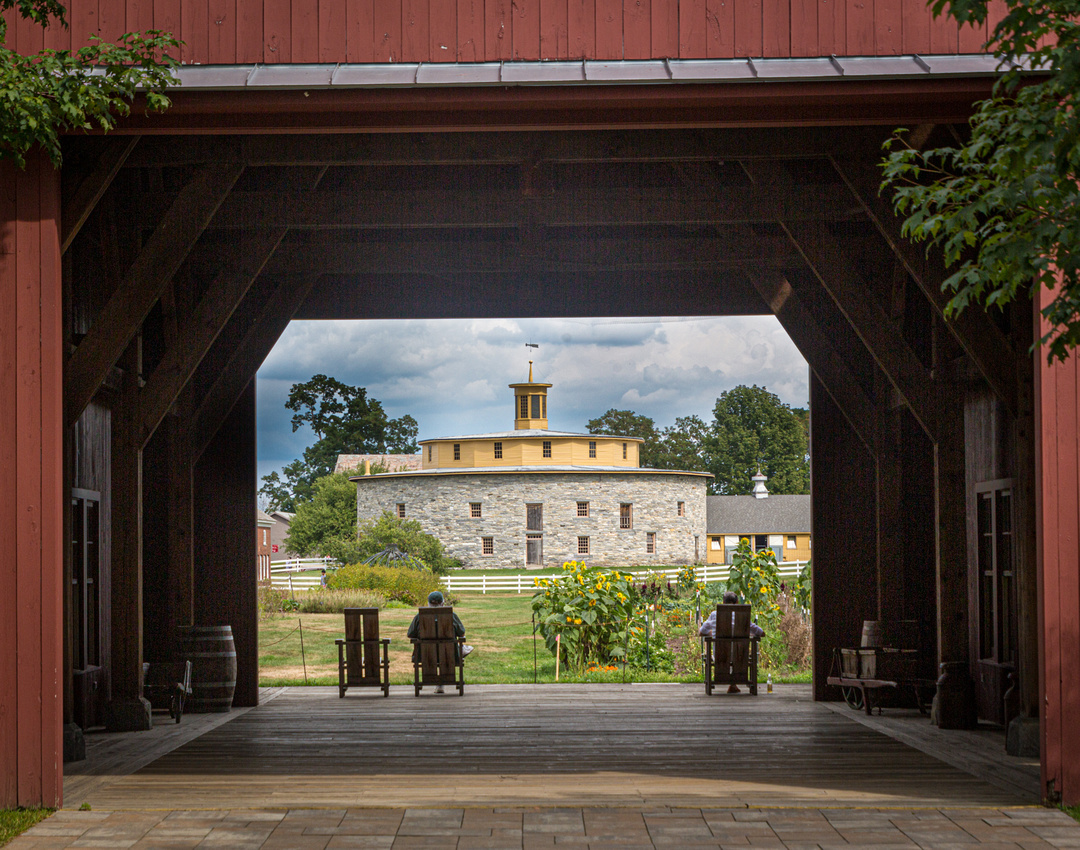