EUROPEAN STARLING: All the European Starlings in North America descended from 100 birds set loose in New York's Central Park in the early 1890s. The birds were intentionally released by a group who wanted America to have all the birds that Shakespeare ever mentioned. It took several tries, but eventually the population took off. 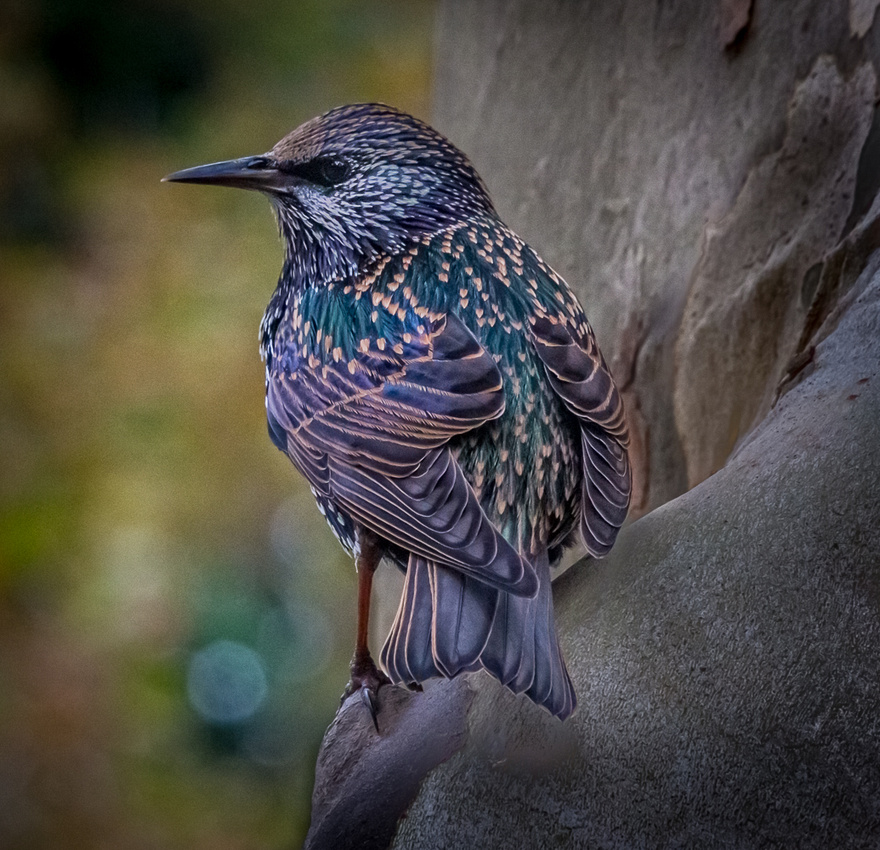