With the North Star stationary in the center, these star trails were made by stacking 175 separate exposures at the Harmony Borax Works in Death Valley National Park.  My first attempt at creating a star trails photo.  Something impossible to capture in New York City.  The foreground is lit by moonlight and the occasional car passing nearby. Thanks to "Photour Adventures" and Susan and Cliff for leading this fabulous workshop. 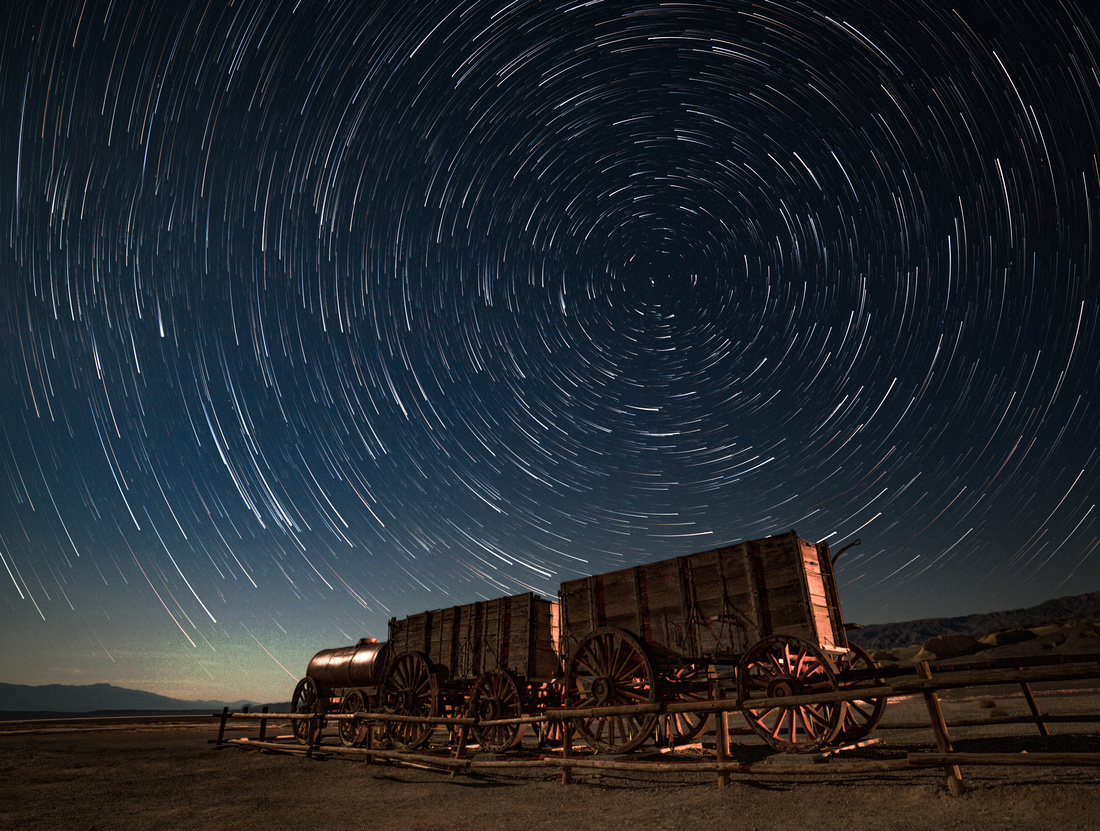